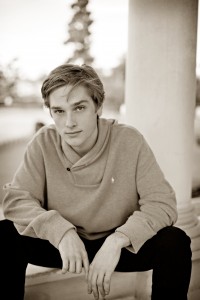 Michael is attending the Culinary Institute of America in Hyde Park NY and will be graduating with his 2-year AA degree on July 7th, 2012.  (19 yrs) http://www.ciachef.edu/

A lot has happened in a short 3 year period of time.  Mike made a few job changes because there was no upward promotion in their systems.

He has been at La Bernadine for about a year.  He is enjoying it.  They respect their people and work directly with them.  It’s so simple!  Other people don’t get that respect is going to deliver what you want!  Now he has found it. (by working really hard)

La Bernadin and Erik Ripert, just last summer celebrated a rating of best business lunch in NYC.  Here they are popping the champaign.  Mike is in there somewhere at age of 21 years. 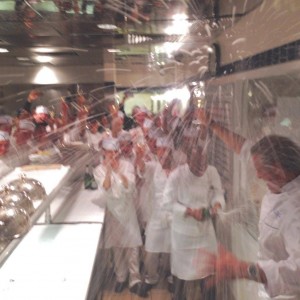 Sydney, his partner,  is working for Facebook at the NYC campus preparing food for the employees and guests.  They have FUN!!! 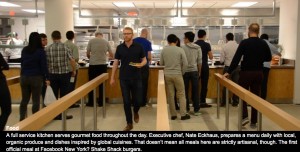 What’s up for the Future?

There is a chance that she could work up within this organization.  This is a great company to be with for security, great hours, and benefits.  Who knows,  maybe it will lead them to San Francisco?

I still have  hopes to take the family on vacation to Europe.  I would love to taste France with a french chef in the family.  I also would love to go to one of the best restaurants in the world, Noma in Copenhagen.  Mike says he has a friend from school that went to work there right after college.  Courage!

Light and love to their careers and relationship.